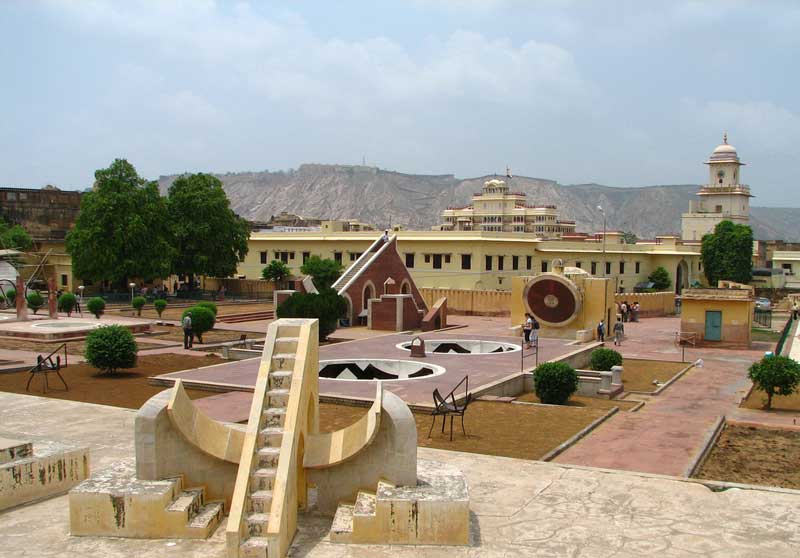 Built by the legendary Sawai Jai Singh II, the Jantar Mantar is the largest of the 5 other such observatories built in India during the 18th century. The designs were based off the ancient Hindu astronomical traditions mentioned in the Vedas and Vedangas. This is also the largest non-telescope observatory in the world, with all its instruments fully functional. The structures were built mostly with sandstone and marble and the instruments allowed deployment of 3 Coordinate systems of the 5 celestial coordinate systems in Astronomy. The Jantar Mantar is located right next to the majestic City Palace and features a total of 19 architectural instruments that allowed astronomical positions to be viewed with the naked eye. The complex also features the world’s largest stone masonry sundial with a massive gnomon that is almost 23 meters high and can also predict significant changes in the weather. Prakash Yantra, Great Ram Yantra, Narivalaya Yantra, Dhruva Yantra and Rashivalayas Yantra are the prime attractions. The site is also listed among the UNESCO World Heritage sites and remains a sought after attraction in the city.