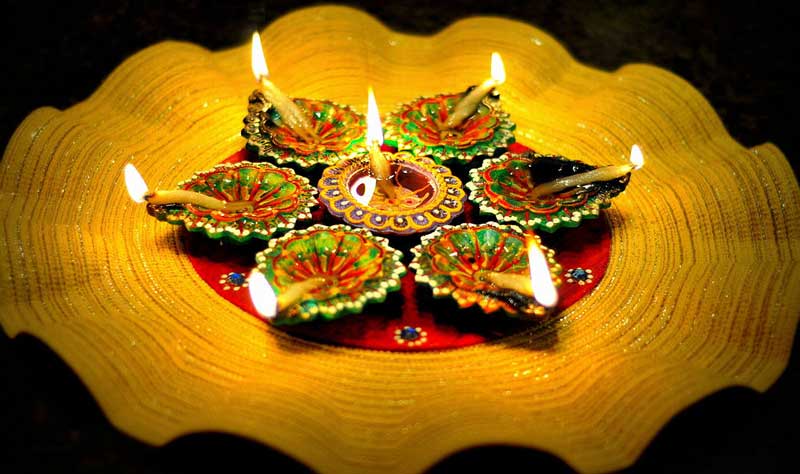 While the Shops in Jaipur Bazaars open after 10, one can take a leisurely stroll of the old city and discover its hidden treasures. The Johri Bazaar is known for its jewellery shops that have been run by the same families since the medieval times. If you visit Johri Bazaar between 8 am to 10 pm, you can find a number of road side vendors who sell a variety of precious and semi-precious gemstones. They may sell a wide range of gemstones including ruby, emerald, pearls, corals, garnets and sapphire at almost 2/3 the prices offered in shops (bargaining is a must). However, one must beware of fake gems and must insist on getting an authentication certificate after paying a small price for the lab certification. 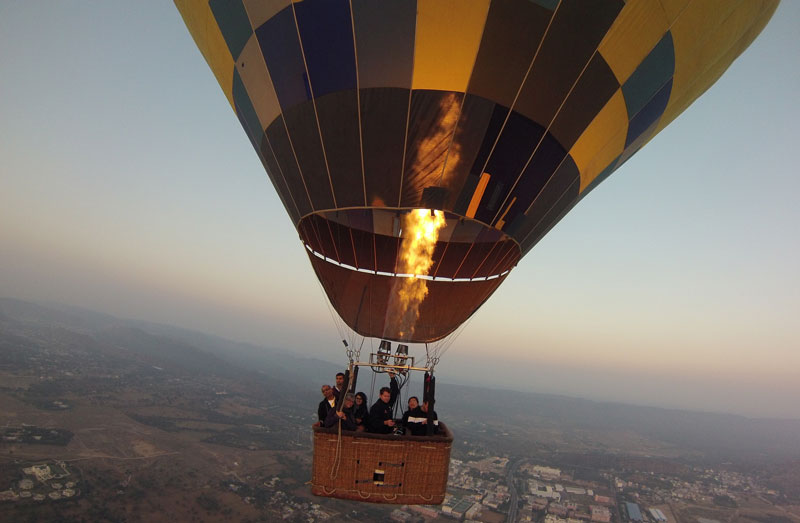 This adventure might turn to be a little heavy on the pockets (INR 7000 per person), but if you want to get the best view of the magnificent architecture of Jaipur, then a balloon ride is a must. The hot air balloon tours operate from September till March and provide you a marvelous isometric view of the majestic Pink city and the medieval city of Amer. The rides are operated by highly trained professionals and the visitors are provided a 30 mins orientation before setting sail.

The MI Road is a major road in the historical district of Jaipur. It runs from Sanganeri Gate to the Government Hostel and has several notable landmarks and is one of the best places for shopping in Jaipur. The road was named after Mirza Ismail who was the former Diwan of the Princely State of Jaipur during 1942-46. The buildings are built in the unique Indo-European style buildings and the flashy showrooms from all famous clothing and fashion brands such as Louis Philippe, Arrow etc. and plenty of restaurants and eateries. MI road is also one of the most tourist friendly downtown areas in Jaipur and remains relatively less crowded during the daytime. 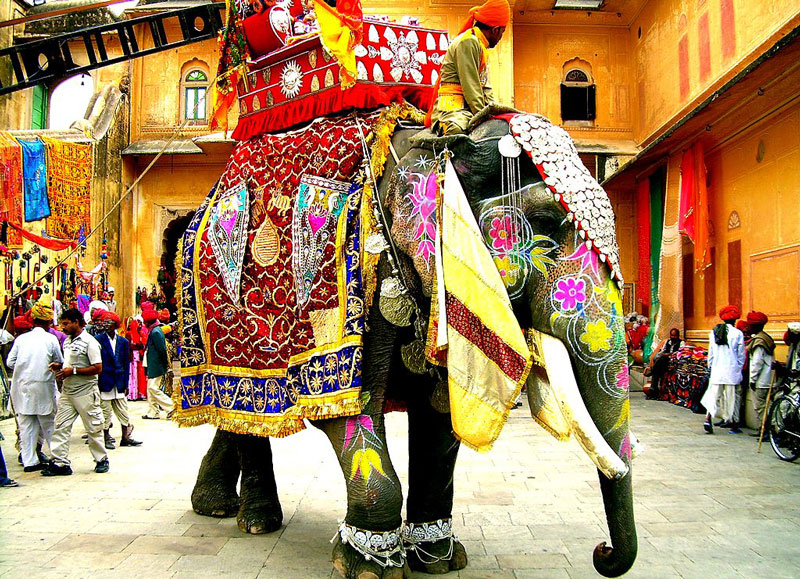 The Jaipur Elephant festival coincides with the colourful festival of Holi, which is celebrated during the month of March/April throughout India. The elephant festival is one of the oldest and the most prestigious events in the city as the Rajasthanis believe the animal to be a symbol of royalty and purity. The event is celebrated each year at the Jaipur Polo Grounds where one can witness hundreds of decorated elephants accompanied by camels and horses. Elephant Polo, Folk Dances, Elephant Parades and several games such as Elephant Tug of war are some of the highlights of this event. 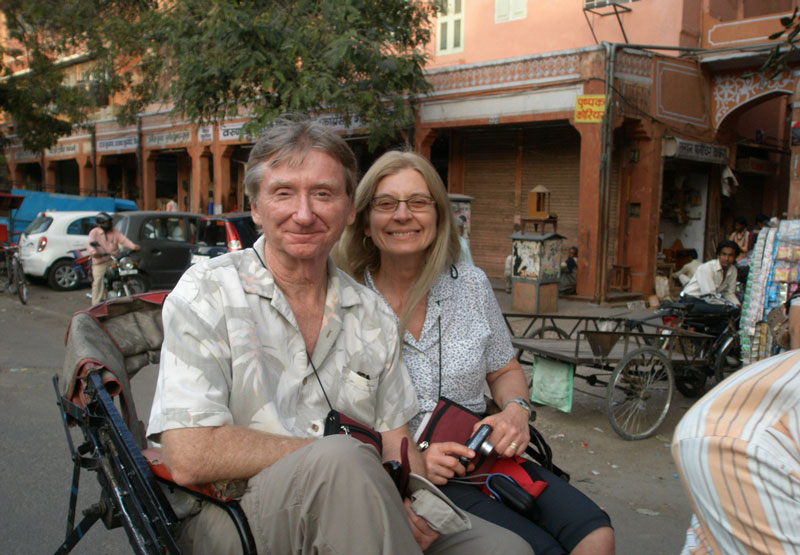 Jaipur was founded in 1727 as the first planned city in the Indian subcontinent. As it was built during the late medieval era, the city is built marvellously in a grid pattern with wide streets, crosses and avenues that were unusual for the Indian cities at that time. A tour through the city is like walking through a large palace with the buildings speaking of their rich architectural heritage. The best way to enjoy the sights and sounds of this historic city is by taking a cycle rickshaw ride during a mild winter afternoon to check out the various temples, manmade ponds, narrow alleyways and historic monuments. One can also take several rest stops at the various eateries located throughout the walled city to enjoy some authentic Indian dishes with a Rajasthani flavour. 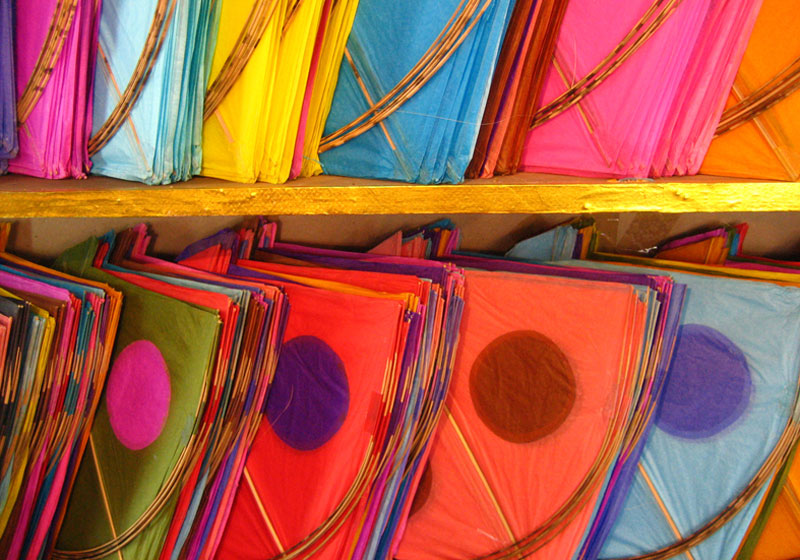 Celebrating the solar event of Winter Solstice (Mid-January), Makar Sakranti is a highly enamoured Hindu festival in Jaipur. Despite of it being a Hindu festival, Makar Sakranti is an important festival for the Jaipurites irrespective of their religious beliefs as they indulge in hours of kite flying accompanied with mouth-watering delicacies. Makar Sakranti is celebrated as the Kite festival in the city of Jaipur and during the day time, the sky is usually filled with colourful kites as the whole city is perched on the terraces. At night you can witness the magical fireworks along with Chinese hot air balloons that give a majestic feeling. 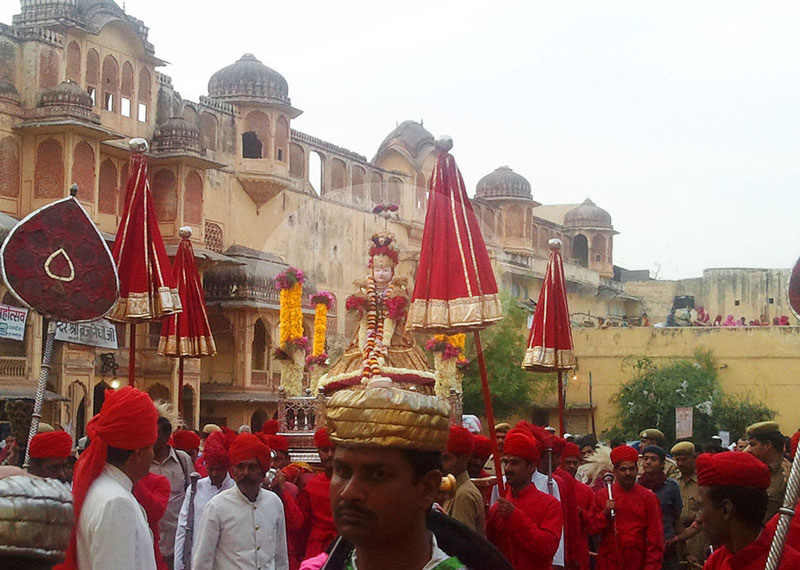 Photo by Avinashmaurya, CC BY 3.0

One of the most famous festivals in Jaipur is Gangaur which is celebrated between the months of March and April. A traditional sweet dish known as Ghewar is one of the major highlights of this event. However, the procession known as ‘Jhanki’ remains the prime event as it starts from the City Palace and ends at the Talkatora. In the months of July/August, the Teej procession is celebrated in a highly pompous manner similar to the Gangaur procession and is witnessed by tourists and locals due to its sheer splendour. 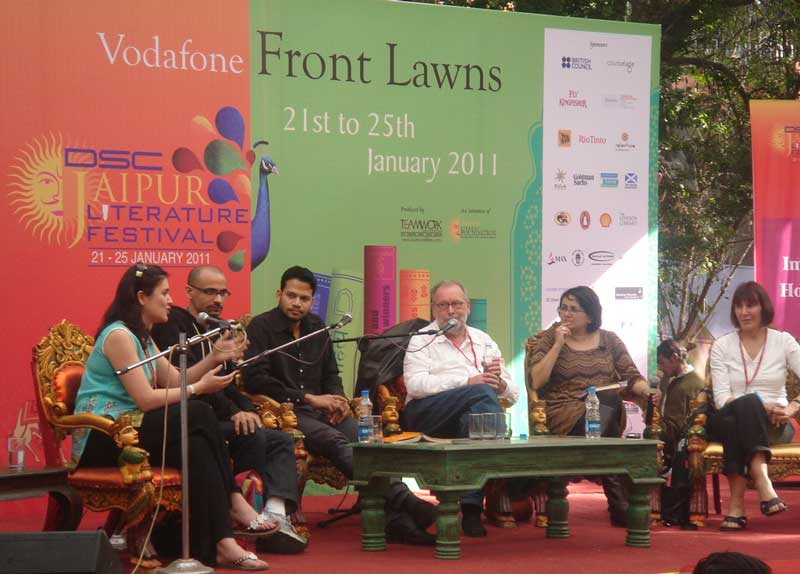 The urban culture in Jaipur comes alive during the annual Jaipur Literature Festival, which is held during the month of January. The first festival was held at the Diggi Palace hotel and has seen appearances by several notable writers and celebrities including William Dalrymple, Shobha De, Kiran Desai, Salman Rushdie, Gulzar, Javed Akhtar, Oprah Winfrey and Dr. APJ Abdul Kalam etc. The festival is also marketed as the Largest Free Literary Festival on the planet and is highly sought after by book lovers and social activists who use it as a stage to increase awareness to several social issues.

Photo by peddhapati, CC BY 2.0

The city of Jaipur is not just known for its striking architecture and antiquity but is also known to be one of the best places to visit during the festival of Diwali that falls between the month of October and November. The streets and avenues are decorated each year in the Pink city making it a sight like no other. Each Diwali, the entrance of vehicles is restricted inside the walled city and one can get to enjoy the lights and decorations on foot or cycle rickshaws. The streets in the city are also filled with various attractions and parades set up by the various shop owners. 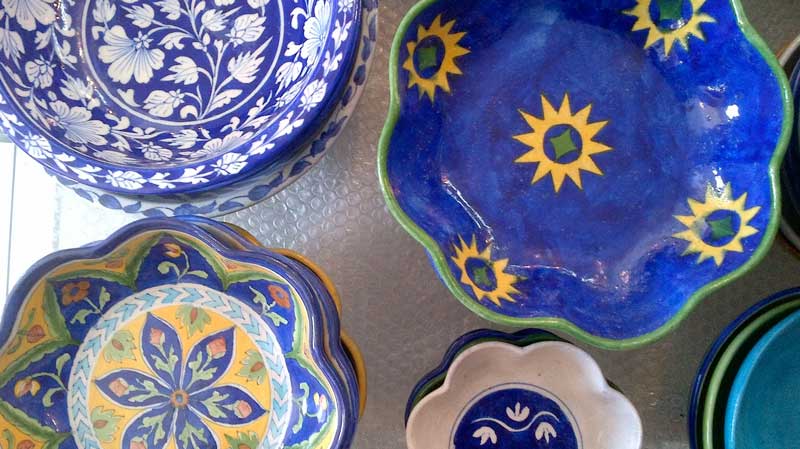 Although the art of blue pottery has its origins in the Persian and Turkic regions, it came to the city of Jaipur during the 19th century. It started out as a group of artisans who were sent to Delhi by the Maharaja of Jaipur to learn the art. It soon grew as a major professional art as a result of being passed down as a family heritage for years. Although the art was seemingly lost during the late 19th century, it was revived again with the resurgence of local artists and painters and has now become a staple of Jaipur arts. Blue Pottery items you can buy in Jaipur range from utensils such as plates, tea cups, jugs to other items such as door knobs, beads and decorative tiles etc.