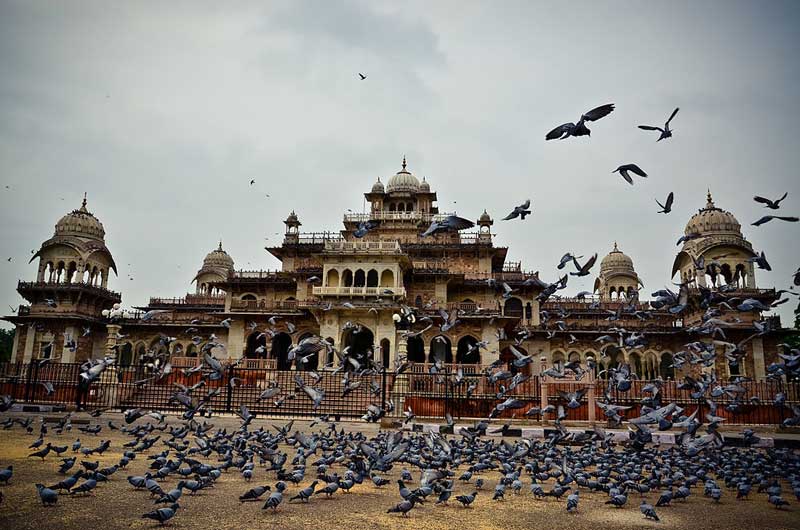 Built during the reign of Maharaja Ram Singh II of Jaipur, the Albert Hall museum was designed by the British officer and engineer Sir Samuel Swinton Jacob. The building was constructed as a residence of Albert Edward (King Edward VII), the Prince of Wales during his visit to Jaipur. Post his visit and departure, Maharaja Ram Singh II wanted to use the building as a town hall but it was finally converted to an art museum to promote and inspire local artists, during the reign of his successors. The building itself is a spectacle, as it seamlessly combines the Indian and European architectural style, while maintaining the Rajput aesthetics with ornamental Chhatris.
Set right outside the main entrance of the Pink City, the museum is located in a beautifully designed public park known as Ram Niwas Bag. The various galleries of the museum includes several items and artifacts such as sculptures, jewelry, pottery, garments and textiles, furniture, coins, weapons and armor, miniature paintings, portraits, carpets and several marble and clay artifacts from all over the country and aboard. One of the prized possessions in the Museum, are the preserved remains of a 2300-years old Egyptian mummy with an ornamental sarcophagus, which was brought from Cairo in 1887.

Free Entry (only during the following dates)