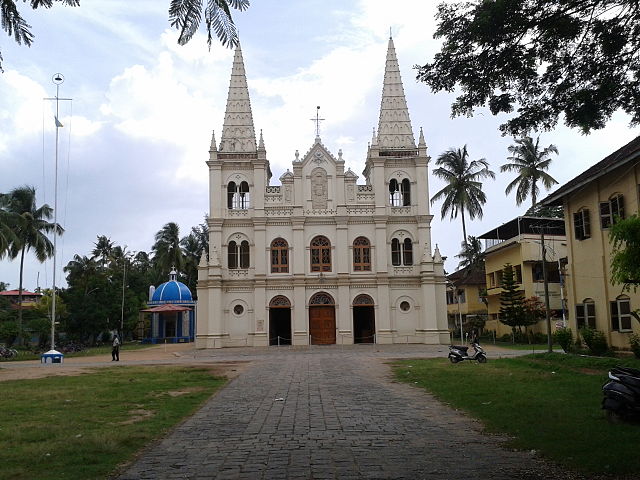 The port-city of Kochi goes far back in history to the 12th century and proudly holds witness to a string of Monarchy. Formerly known as Cochin, the city gracing the Western Ghats and bordering the Arabian Sea was first ruled by the Portuguese, then the Dutch and finally the British until the Indian Independence in 1947. The deep-rooted footmarks of all these eras are clearly visible in its many historical monuments and have been beautifully preserved in the museums within the city. A tour of Kochi is very much a revelation of its historical and commercial significance.

Being in the southern part of the Indian sub-continent and due to its proximity to the Arabian Sea, Kochi has quite a favorable weather for tourists throughout the year.

Best time to visit (October to February) – The winter months of October to February provide the best opportunities for site-seeing and relaxing at the beach. The temperature is at around a pleasant 20 degrees mark making water sports an enjoyable experience. December is also the month when Kochi comes alive in all its brilliant colors and lights with a number of festivals like the Cochin Carnival at Fort Kochi and the annual Indira Gandhi Boat Race.

Good time to visit (July to September) – July to September marks the monsoon months when Kochi receives its fair share of rain. The beauty of Kochi with its fine cover of vegetation becomes resplendent in the rain and provides tourists to enjoy its natural beauty. Raincoats and umbrellas are a must during this season.

Visit with caution (March to June) – Like most parts of central and southern India, Kochi also experiences intense heat and high temperatures touching almost 40 degrees Celsius during the summer months of March to June. Site-seeing and beach activities become a tad bit tiresome during this time. Light cotton clothes should be worn and sunscreen should be used while stepping out during this season.

By Air – The best way to reach Kochi is to catch a flight to its very own Cochin International Airport lying around 30kms from the heart of the city. The airport is serviced by all major flights from across the globe.

By Rail – Kochi can be accessed by three railway stations that are at very close proximity to the city. The stations are serviced by all major trains from all over India.

By Road – Kochi is connected by road to all major cities of India by its vast network of National Highways. A large number of inter-state buses go to Kochi daily from its neighboring cities.

Kochi makes for an enriching experience with its rich and colorful cultural heritage. The places to definitely check out are:

Must Visit Places in Kochi 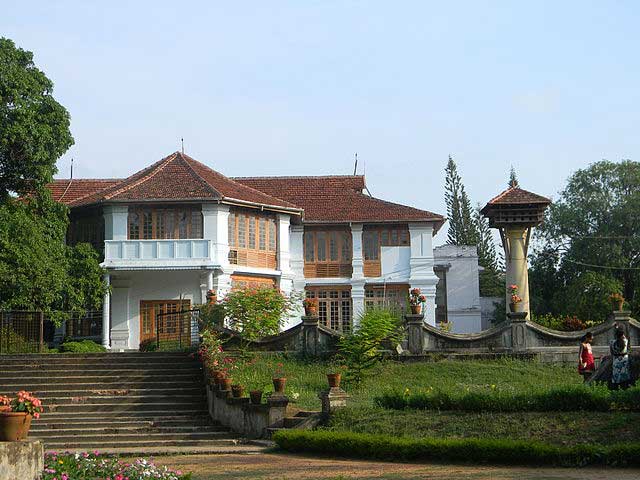 Photo by Gokulvarmank, CC BY 3.0

The Hill Palace in Tripunithura built in 1865, at one time served as the headquarters of the erstwhile Rajas of Cochin. The spacious palace standing in a beautiful 52 acres landscape is now turned into a museum housing some of the first hand items once used by the Royal Families of Cochin. Most notable among these items are the jeweled crown worn by the kings, the ornate King’s Throne and a magnificently curved bed on which the kings slept. The other items on display include stone and marble sculptures, oil-paintings, inscriptions and coins from eons gone by. The vast collection of 200 antique Chinese and Japanese ceramic vases and other pottery is a major attraction and so are the rock-cut items and plaster cast vessels dating back to the Stone Age and from the long lost Indus Valley Civilizations of Mohenjodaro and Harappa.

Santa Cruz Basilica, built in 1505 by the Portuguese is an architectural masterpiece in every aspect. The church with its two steeples rising high into the sky is built in Gothic-style and located on a beautiful hill-top with magnificent panoramic views. The colorful stained glass windows filtering streaks of sunrays that fall on the ornately carved pillars give the interiors a mystic look. The walls are straddled by numerous frescos and murals and a series of seven canvas paintings, the centre of attraction being a perfect replica of Leonardo Da Vinci’s famous painting ‘Last Supper’. 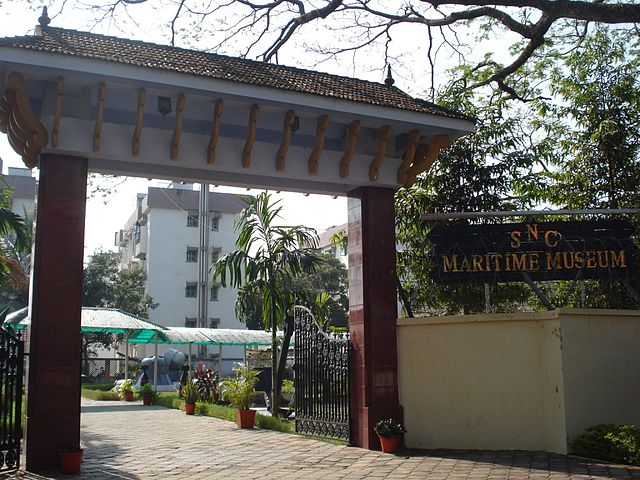 Giving us a peek into the workings within the Indian Navy, the Maritime Museum opened in 2001 is a favorite for war and history enthusiasts. Located inside the Navy’s gunnery and missile school INS Dronacharya, the museum is a treasure trove of items such as uniforms, symbols and instruments used by the Indian Navy. The frescos and photographs that hang from the walls take us on a journey down the Indian Navy’s history that goes as far back as 1612. Huge colorful maps hold massive information on ancient and current sea routes, Indian ports and spice-trading routes for which Kochi is famous.

Should Visit Places in Kochi 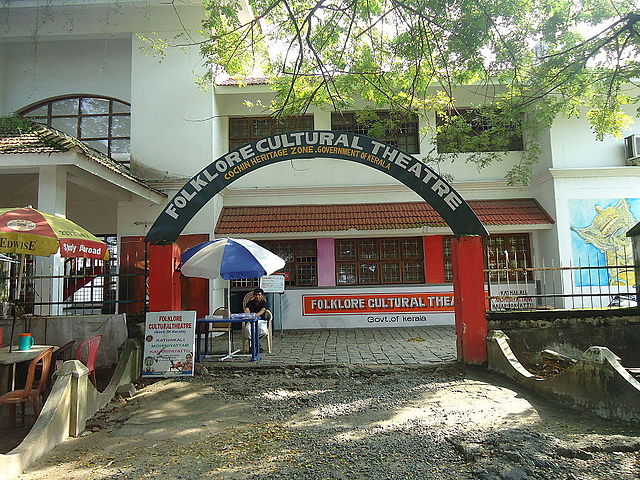 Kochi is famous for its unique ‘Kuchipudi’ dance that involved dressing up in colorful stiff costumes and an elaborate face make-up complete with a huge head-gear. The Folklore Cultural Theatre strives to showcase this dance form and bring it’s magnificence in front of our eyes. The theatre is fully air-conditioned and holds the performances every evening, allowing audiences to capture the art in their camera lenses. The experience tends to be more fascinating as the audiences are allowed to witness live, the tedious task of applying the elaborate make-up and other preparations of the performers before the show. The Folklore Cultural Theatre has truly set an example of the rich and colorful culture that South India is blessed with. 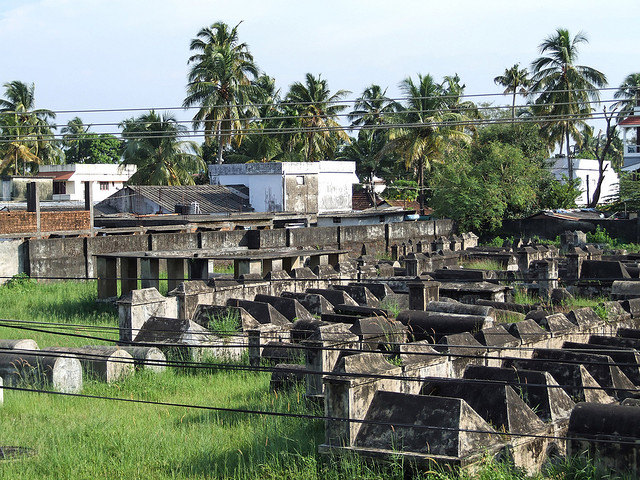 Throughout its vast history and diversity of Rulers, several communities of people migrated to Kochi from different countries and made it their home. Notable among them were the Jews, who settled in a part of the city that have come to be known as Jew Town. A walk through the narrow lanes of the town and talking to the polite and friendly Jewish people gives us an insight into their culture and way of living. The roads are lined with small shops selling a large variety of authentic Jewish items like colorful lamps, urns, wooden carvings, copper and bronze vessels and vintage photographs. Jew Town is also the main hub of Kochi’s infamous spice-trading and there are many shops here selling the aromatic spices.

Seeking to preserve and showcase the rich culture and heritage of the Portuguese era, the Indo-Portuguese Museum in Ernakulum was founded in 1910. The museum displays a large number of exhibits dating back to the 16th Century categorized into five different sections. Most prominent among them are a 16th Century teak altar brought in from The Church of Our Lady of Hope and an enormous 17th Century Processional Cross curved in wood and silver that was once in the possession of the Santa Cruz Cathedral. There is also an intriguing Coat of Arms and several pieces of sculptures and precious metal artifacts on display. A walk through this museum throws light on the rich Christian culture brought to India by the Portuguese many years ago.

Can Visit Places in Kochi 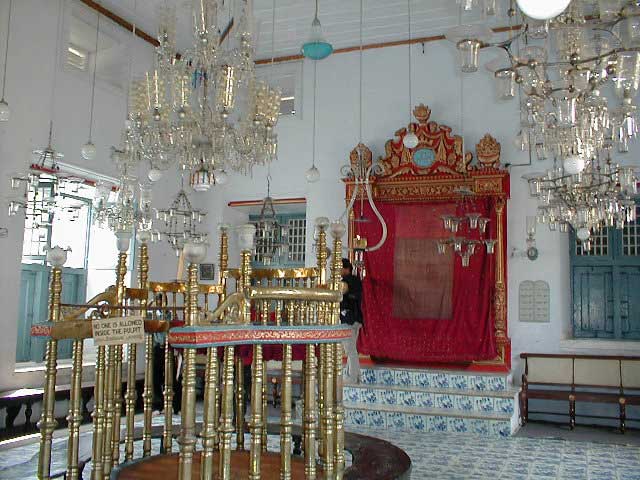 Photo by Jungpionier, CC BY 2.5

The Paradesi Synagogue stands in Jew Town as a mark of significance of the Jewish heritage in Kochi. The splendid Synagogue dating back to the 16th Century is known to be one of the oldest Jewish monuments in India. The interior of the Synagogue is a mesmerizing kaleidoscope of huge Belgian chandeliers reflecting the sun’s rays that streaks in through the wide windows. The fascinating ceramic tiled floor has its own unique charm. The Synagogue houses a large number of antique items belonging to the erstwhile Jewish ancestors. Most notable among the display are the age-old copper plates with Malayalam inscriptions on them from the 5th Century. Brass railings decorate the main hall of the Synagogue and the Golden Crowns and the Scrolls of Torah in gold and silver casing hold a place of great importance and significance to the Jews.

Under the patronage of the famous Belur Math of West Bengal, The Ramakrishna Math, Vyttilla is a place of devotion and spiritual enlightenment. Among the varied activities hosted by the Math are seminars and talks on the life and teachings of Ramakrishna. Dedicated to charitable endeavors, various skill enhancement workshops and educational courses are offered for meritorious but under-privileged students. The library in the ashram holds a large number of books on the works of Ramakrishna and Swami Vivekananda that can be browsed through at leisure. A quite evening at the temple’s spacious Prayer Hall helps to spend some time in introspection and cleansing of the soul through prayer and meditation.

Kochi has a rich cultural diversity that becomes more fascinating as you delve deeper into its history. The old world charm that is still resplendent in the city makes for a pleasant and enjoyable vacation.