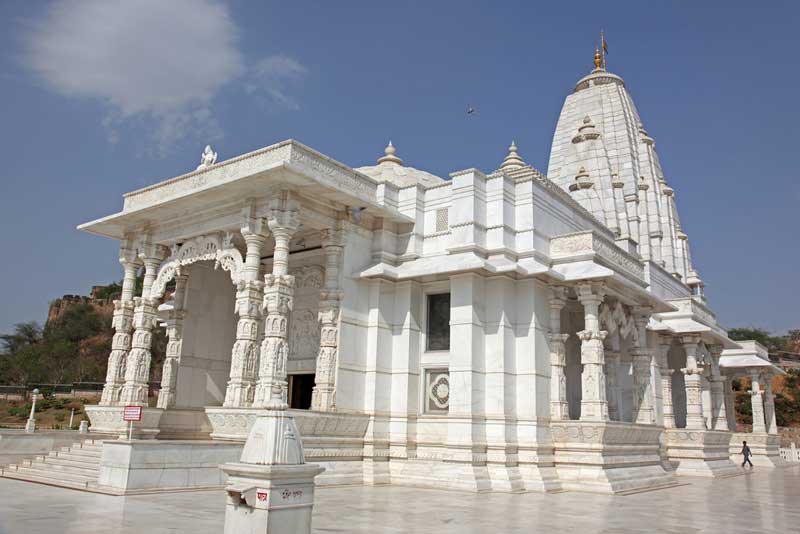 Built in 1988, The Birla Mandir is dedicated to the Hindu deities, goddess Lakshmi and Lord Vishnu. The temple is located at the foot of the Moti Doongri fort and in close proximity to the famous Ganesh Mandir at Moti Doongri. The temple was built by the B.M. Birla foundation, which is credited with building other similar temples in different cities like Delhi, Gwalior, Kolkata and Patna etc. The temple in Jaipur however, seems to be of special importance at it is built purely with white marble, in a typical Hindu temple architecture. The main deity of the temple is Lord Vishnu and Goddess Lakshmi with several idols of Hindu gods and goddesses with several engravings of Hindu scriptures and quotes from the Bhagwad Gita. Idols of several icons from other regions such as Christ, Buddha, Confucius and Socrates etc. are also placed in the temple, exemplifying the cultural oneness of the people of Jaipur. Apart from the religious imagery, the precincts of Birla Mandir also have a well maintained garden with extremely clean surroundings. As the entry to the temple is totally free of charge, it is a great place to spend a relaxing evening amidst the melodious chants from the temple.