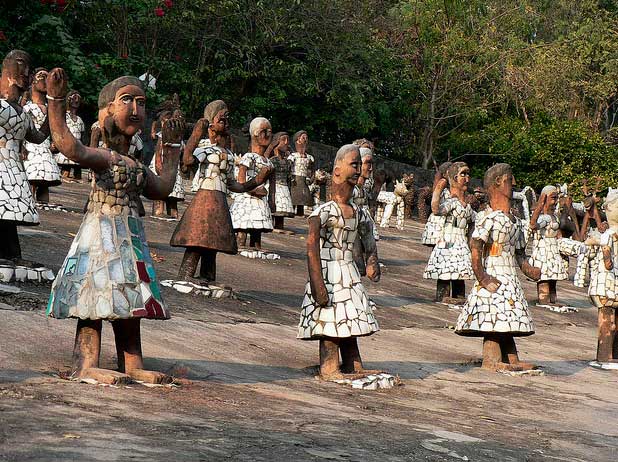 ‘The City Beautiful’ as it is lovingly called; Chandigarh is the first ever planned city of post-Independence India. Apart from serving as the Capital city of Punjab and Haryana, the bustling city of Chandigarh is also a Union Territory. With its magnificent buildings that show off some brilliant architecture and flourishing flora and fauna that are evident from its numerous gardens, Chandigarh is the true face of modernization. Adding to its uniqueness, Chandigarh also takes a lead on being named as India’s cleanest and first smoke-free city, despite being one of the most populated cities of India.

Best time to visit (November to March) – winter starts falling in Chandigarh from November when the weather becomes quite cool. This is the peak tourist season and also the time when Chandigarh comes alive with festivals. The temperature is a pleasing 20 degrees during day-time and falls considerably during the night. The Chandigarh Carnival in November brings color and liveliness to its streets with music and dance performances, complete with colorful stalls selling delicious food. As winter starts receding by end February or early March, the Rose Festival takes over and is an extremely enjoyable experience.

Good time to visit (July to October) – Chandigarh gets a moderate amount of rainfall during the monsoon months of July to September. This is the best time to enjoy Chandigarh’s true natural beauty as its dense vegetation sparkles in the rain. Site-seeing and outdoor activities are quite enjoyable during this time.

Visit with caution (April to June) – The summer in Chandigarh is scorching hot with temperatures going beyond 40 degrees Celsius. June is the hottest and the most humid month that makes going out during the daytime difficult.

By Air – The most convenient and time-saving mode to reach Chandigarh is by air. Chandigarh has its own fully functional airport that services all major domestic and international flights.

By Road – Chandigarh is connected by road with all other cities of India via the network of National Highways.

With all its virtues resulting from the brilliance and efficiency of planning and forming this city, Chandigarh has several places to check out during a vacation:

Must Visit Places in Chandigarh 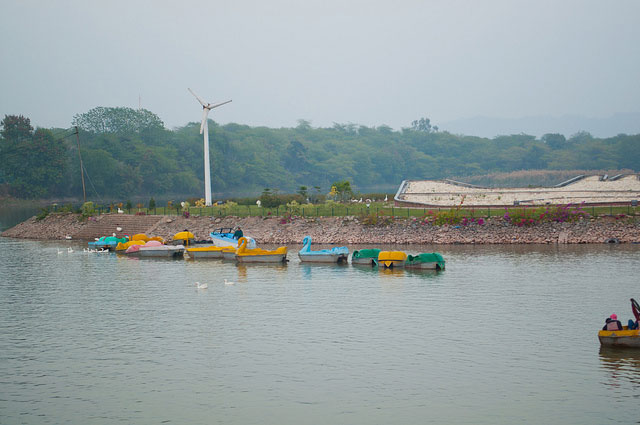 Like the city itself, the Sukhna Lake in Chandigarh is also a well-planned artificially formed lake that acts as the city’s focal point. Located at the base of the magnificent Shivalik Range, the lake is a favorite hangout for tourists and locals alike. At day-break, joggers throng the lake-side and some sit on the concrete embankment deep in meditation. The lake-side also serves as a picnic spot and there is also a little children’s park. Beautiful paddle boats and shikaras dot the lake and rides are available for a reasonable price.

The winter months provide a special treat as various migratory birds arrive at the lake. Among the most exotic are the Siberian ducks, storks and cranes The birds, coupled with the beautiful backdrop of the Shivalik Range, the haze of the far off horizon and the clear blue skies above, provides opportunity for some spectacular photography.

True to its reputation of being the cleanest city in India, Chandigarh has a unique way of treating its waste and discarded materials in the form of a Rock Garden. The garden was the brain-child of Nek Chand, who first started forming the garden as a hobby. Undoubtedly one of the most intriguing tourist attractions, the garden is situated just near the Sukhna Lake. The sprawling 20 acres garden is a beautified landscape displaying rows of statues and small arrangements made from broken glass, bangles and chinaware, discarded fluorescent tubes and other waste materials along with rocks and boulders. The arrangements range from figures of dancers, soldiers, monkeys, famous monuments, temples and even an area depicting a tiny village. The narrow paved path weaving through the garden and the spectacular waterfall add further beauty to the glamour of this garden. 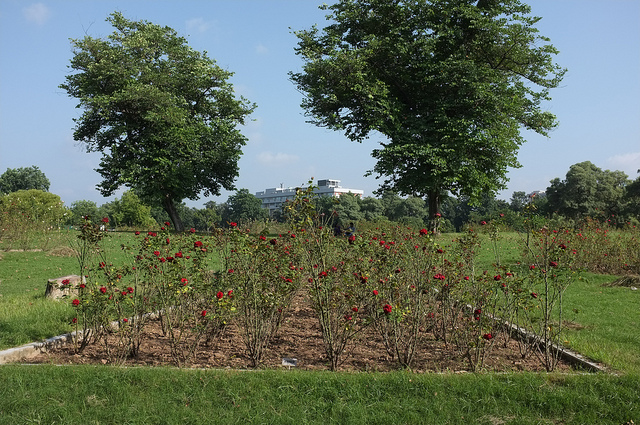 Chandigarh has the highest vegetation cover in India and to showcase its colorful flora, numerous gardens adorn the city. One of the most popular is the Zakir Hussain Rose garden, which is known to have the biggest collection of rose bushes in Asia. The sprawling 30 acres of garden holds more than 1600 species of roses spanning a kaleidoscope of colors. The Rose Garden is the venue of Chandigarh’s famous Rose Festival held during February or March. Horticulture enthusiasts are invited from across India to put forward their best potted flowering plant for a competition. The festival also includes competitions on gardening, photography and bonsai. The carnival-like fest also features joyrides and food stalls offering mouth-watering dishes. Various workshops are conducted on the raising and upkeep of different plants.

Should Visit Places in Chandigarh 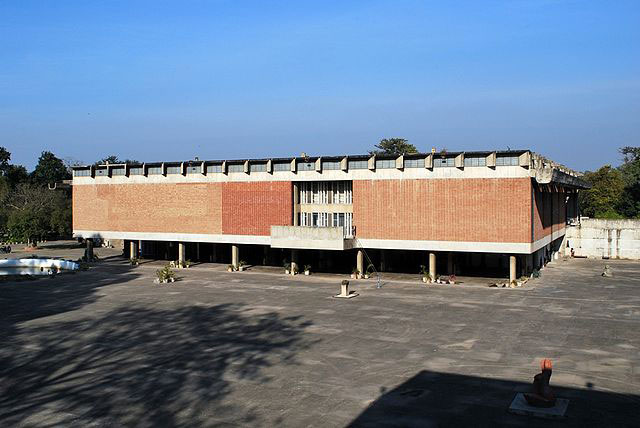 Situated near the Chandigarh Rose Garden, The Chandigarh Museum and Art Gallery is a walk-through of the unique and colorful culture of India portrayed in its beautiful artwork and photographs. India’s talent pool for handicrafts and art is evident in every piece of the approximately 10,000 exhibits carefully preserved in the museum. The museum is divided into three main sections:

Apart from the above, the museum also has a book section holding a collection of rare manuscripts, miniature paintings and various sculptures.

If you are looking for some spiritual peace and serenity, the ISCKON Temple in Chandigarh is a devotional retreat for you. The temple is located in Dakshin Marg and attracts a large number of pilgrims throughout the year. There are several prayers held at intervals during the day. A walk around the beautifully decorated and maintained campus brings a feeling of devotional peace with the serene ambience frequently broken by the soft sound of chants and bells coming from the temples. The beautiful idols of Radha and Lord Krishna adorned in their intricately designed dresses and accentuated with strings of flowers are enchanting to look at. The temple is open for all throughout the day and the prayer timings can be obtained from their helpdesk.

Can Visit Places in Chandigarh

Chandigarh is famous in the world for its brilliant architecture. Through its various monuments, the city holds testimony of the architectural skill and efficiency of its French designer and creator Le Corbusier. One of the most fascinating monuments designed and constructed by him is the Tower of Shadows located in Sector 1 between the Chandigarh High Court and the Parliament buildings. The slanting concrete slabs placed strategically in different angles catch the sun’s rays in such a way that various shapes and forms of shadow fall both inside and outside the building. It is indeed an intriguing thing to watch how the shadows change as the day progresses.

At the foots of the Shivalik Range and around the Sukhna Lake lies the Nepli Reserve Forest that strives to preserve Chandigarh’s vast vegetation cover. Trekking is one of the predominant activities in this forest that has small trails weaving through it. This forest is abundant with wildlife that roams free in their natural habitat. Among the animals that can be spotted are nilgais, jackals, hyenas, hares and antelopes. There is also a quaint little forest rest house surrounded by emerald lawns and thick vegetation. Trekking maps, guides and equipments can be obtained from hotels, travel agents and also with the forest authorities.

With the privilege of being well-planned and designed, the city of Chandigarh has much to offer that makes for a most memorable and enjoyable visit!