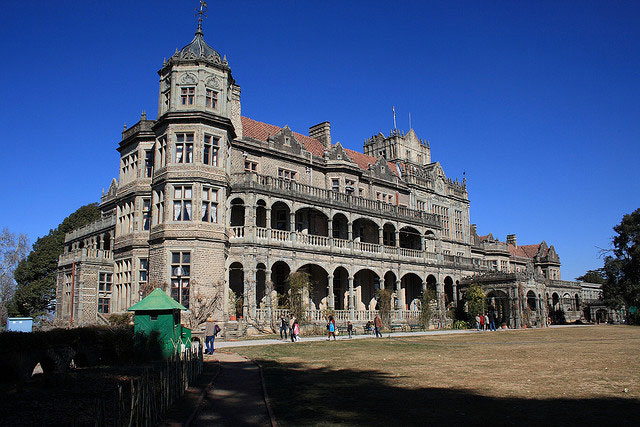 The ‘Queen of Hill Stations’ as it is lovingly called; Shimla is the capital city of Himachal Pradesh in Northern India. Dating back to the 18th Century, Shimla was first under the Rule of Nepal and was then taken over by the British East India Company.

Since 1864, Shimla held the prestigious title of ‘Summer Capital of British India’ right until the end of British Rule. Thereafter, Shimla was declared as the Capital of Punjab and finally became the Capital of Himachal Pradesh. Having witnessed many facets of history, Shimla still holds a major part of the old world charm and several footprints of the British Era.

When to visit?
Being close to the icy Himalayas, the climate of Shimla remains cool and enjoyable throughout the year. Even in summer, the sun shines for a few hours in the morning and the temperature falls quite a bit during the night. Though it is good to visit the city anytime throughout the year, there are several festivities that you can catch in certain seasons:

Best time to visit (March to June) – Summer is the best time to visit Shimla when you can enjoy all the outdoor activities a hill station can offer. The famous MTB Race, one of Asia’s largest Mountain Biking Race, is hosted during this time. Though daytimes are warm, make sure you have the woolens handy for the nights.

Good time to visit (October to February) – Winters are freezing when the city experiences heavy snowfall and temperatures go below zero. Heavy woolens will be required if you want to venture outside. This is the peak time to enjoy all kinds of winter sports. The Ice-Skating Carnival is hosted there during this time.

Visit with caution (July to September) – Though not very popular with tourists, if you love the rain, you can also visit Shimla during this time. However, heavy rainfall makes the roads slippery and some roads might be closed due to landslide alert.

How to reach?
The journey to Shimla is as beautiful as the city itself. The stunning beauty of the snow-clad peaks in the horizon, the hair-pin bends of the road and the occasional panorama of greenvalleys, exudes an almost magical feel.

By Rail – Kalka is the nearest station and connected to Shimla by the narrow-gauge Kalka-Shimla railway. The two cities closest to Kalka are Delhi and Chandigarh that are well-connected by rail to the rest of India. Several trains run from these two cities everyday at different times. Best among them is the overnight Kalka Mail that starts from Delhi at 11:25pm and reaches Kalka at 4:30am, well before sunrise and in time to catch the Shivalik Express, the connecting toy train to Shimla.

By Road – Shimla can be reached by road from several cities. Kalka is the nearest town at a distance of 80kms and takes around 3hrs by bus or car to reach Shimla. Apart from that, several buses and cabs run from Chandigarh and Delhi to Shimla and takes approximately 4hrs and 9hrs respectively.

By Air – The nearest airports are at Chandigarh or Delhi. There is a small airport in Shimla but due to the ragged mountainous terrain, flights aren’t very frequent and it remains closed most of the time during the year.

Apart from the picturesque landscapes and the spectacular view of snow peaks, Shimla also has several places of interest that are a must-visit for tourists:

3 Must Visit Places in Shimla 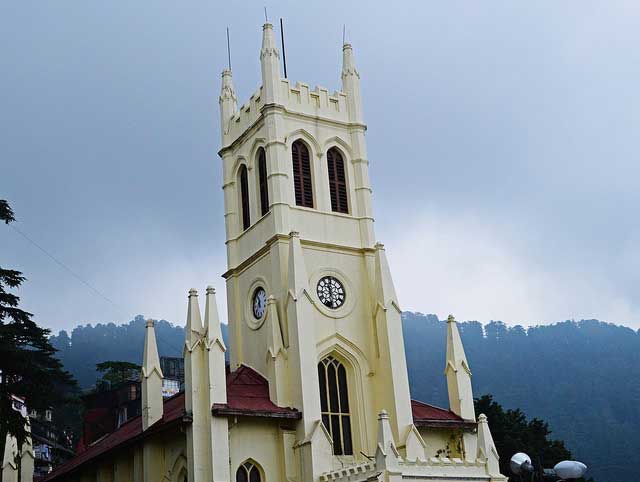 Topping the list of interesting places in Shimla is the intricately designed Christ Church. Standing tall on The Ridge area, with its several spires and a big clock on one wall, the church is an architectural delight. The Neo-Gothic styled interiors with its colorful stained-glass windows and fresco walls give it an ethereal feel. The church also has an enviable collection of religious books and scriptures that you can browse through at leisure. The silent and peaceful ambience inside the church helps immensely to soothe your nerves.

Be sure to visit the church in the evening when it is brilliantly lit up by strategically placed lights that makes it look stunningly beautiful.

The majestic Viceregal Lodge or Rashtrapati Niwas located on the Observatory Hills is one of Shimla’s most prominent landmarks. The place currently belongs to the Indian Institute of Advanced Studies and parts of it have been turned into a museum. The building made of grey-sandstone stands elegantly on a sprawling campus of emerald lawns and beautifully manicured gardens. Thirty minute guided tours are arranged by the Institute for tourists but only some parts of the interiors are open to public and photography is prohibited. The museum holds an impressive collection of paintings, photographs, coats of arms and articles belonging to the British Era.

What makes the Viceregal Lodge stand out and worth the visit is its external grandeur. The intricate architecture reflects the looks of a Scottish Baronial mansion and the spectacular backdrop of snow-clad mountains make it picture perfect! 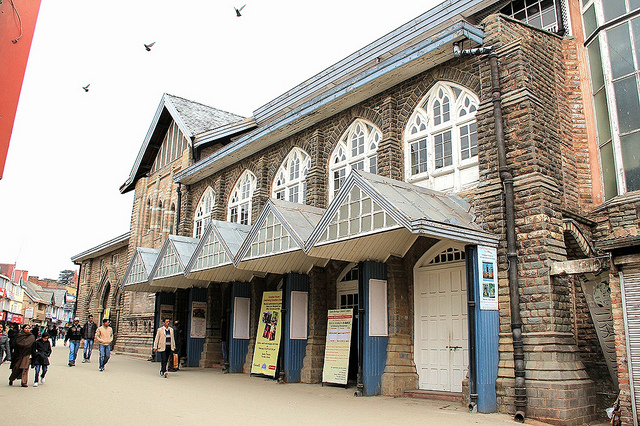 The cultural hub of Shimla, the Gaiety Heritage Cultural Complex is one of the oldest buildings in the history of Shimla. Located in Mall Road, the busiest part of Shimla, the theatre has been witness to performances by many legendary artists from all over the world. Even today, the theatre hosts a huge number of cultural events and performances ranging from music and dance to exhibitions and seminars. Drama performances are often staged at the theatre. Sheer beauty can be found in its Gothic style architecture and ornate interiors. The complex houses a huge spacious amphitheatre, an art gallery and an exhibition hall.
The Gaiety Theatre is open from 9:00am to 5:00pm IST from Monday to Friday. The list of ongoing events can be obtained from the theatre.

3 Should Visit Places in Shimla

Resplendent with lush greenery, dense vegetation and a stunning waterfall, Shimla Glen is a must-visit while you are in the city. The U-shaped valley is situated just a few kilometers from the Mall Road. The serene surroundings and the gushing sound of the nearby Chadwick Waterfall make the Glen a romantic getaway for courting couples and honeymooners. The sun’s rays filtering through the leaves of the tall Deodar and Pine trees give the Glen a mystic ambience.

The Glen makes for a beautiful day’s outing and is one of the favorite picnic spots for local Shimlaites and tourists alike. 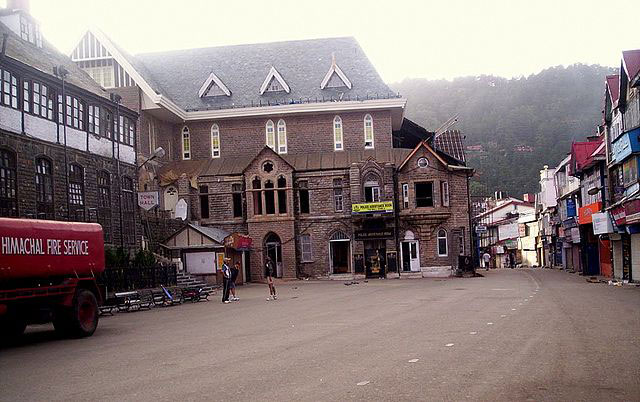 The Mall is the nerve center of Shimla’s commercial arena and the busiest place at all times. The nearby flat area called The Ridge is the common hangout for the people of Shimla. The Ridge provides a beautiful view of the surrounding mountains and is the perfect spot to do some good photography. The Mall is packed with quaint little shops selling a large number of products. Do your shopping from here and you will be spoilt for choice to take home some local Shimla products.

The true essence of the beauty and grace of hill Shimla is visible from its highest point Jakhu Hill. The only way to reach is a thirty minute steep climb, worth every bit of the effort for the amazing panoramic view that waits to be witnessed. The 360 degree view of Shimla from the summit of the hill is absolutely breath-taking.

There is a Hanuman Temple on the hill-top with a newly installed statue of Lord Hanuman. Word of caution: Keep a tight grip on any food or other small item you are carrying. There are a large number of monkeys scurrying around and adept at snatching away things right out of your hands!

4 Can Visit Places in Shimla

Marking a quiet and serene spot with a beautiful panoramic view of the mountains is the Summer Hill. Barely 5kms from the Ridge and lying between the Shimla to Kalka route, this is a popular stop-over while you are commuting between the two places. Tourists and locals alike come here to spend a leisurely afternoon or evening to just stroll around or have a small picnic. The lush green vegetation with mesmerizing views of the surrounding snow-peaked mountains and little valleys with clusters of small and colorful houses gives ample opportunity to do some stunning photography. 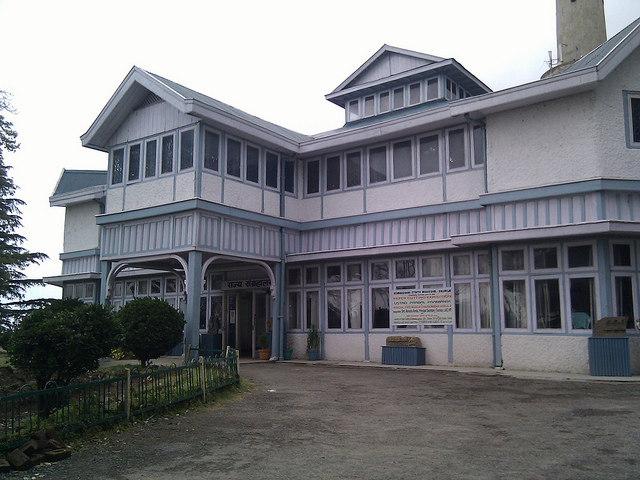 The Shimla State Museum is located at a hill-top in Chaura Maidan area. It is a tad bit difficult to reach the place as one would have to traverse about 1500 meters uphill to get to it. Owing to Shimla’s rich past and the many memories it holds of the British Era, this museum tells the most interesting stories of the past. Among the exhibits are coins that date back to the British Era. The museum displays a large number of paintings and artwork that vividly bring out the skills bestowed upon the hill people. There are also a large number of anthropological items, bronze statues, stone sculptures, masks, armory and weapons that were recovered during various excavations. 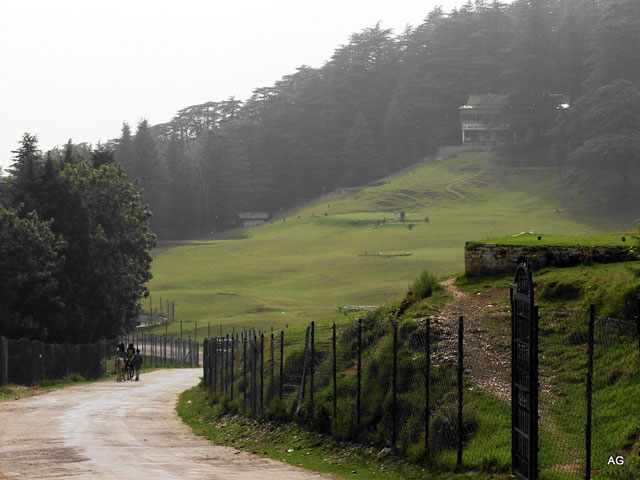 Naldehra lies between Shimla and Kufri and is the official Golf Course of Shimla. The emerald-lawns of the golf course surrounded by clumps of tall Deodar trees and pleasantly rolling hills provide an opportunity to try your hands at the sport. At 2,200 meters above sea level, the gold course mainly operates all year around but is more enjoyable during the summer and monsoon seasons from March to October. The most interesting fact about this golf course is that, the road runs through the middle of the field. So if you are lucky, you might catch a glimpse of a ball flying from one side to another as a golfer takes his shot! 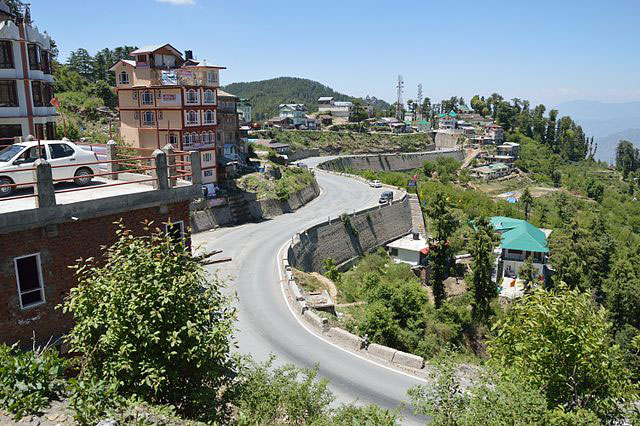 Kufri is a tiny town, some 13kms away from Shimla. It is the highest point in a wide radius and thus has beautiful scenic view of the surrounding mountains and valleys. It is quite chilly in this area due to its altitude and open surroundings. Most of the time this place is covered in a sheet of mist and takes on a mystic look. There is a zoo in Kufri housing some notable wildlife of the hills like antelopes and some birds like the Himalayan Monal found mainly in this region. The winter months of November to February is the best time to visit Kufri as the entire place is covered with a thick blanket of snow providing a haven for skiing. If you are visiting during January, you can witness the National Snow Statue Competition that is hosted here every year.

Shimla is a city of many wonders. Steeped in culture and heritage, the colorful city is a true face of a picture perfect hill station. The warmth and hospitality of the people of Shimla is pleasantly endearing and immediately makes you feel at home. Due to less number of vehicles, the fresh unpolluted air and the sparkling brilliance of untouched nature will make you fall in love with the city!