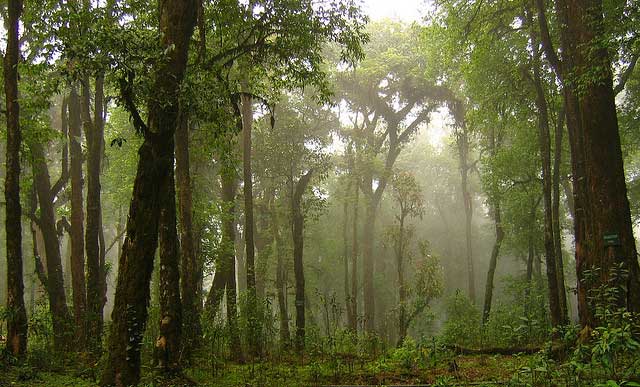 Set in the lap of nature in North Bengal, Kalimpong is a beautiful little hill station known for its colorful wooden houses and flourishing horticulture. The main inhabitants of Kalimpong are the charming Nepalese and Lepchas who are known for their warmth and hospitality. Kalimpong was one of the major summer retreats during the British Era and there is still some of the old world charm left in the city. Situated at an elevation of 4101 feet above sea level, Kalimpong is graced by the Deolo and Durpin Hills on either side. The graceful River Teesta borders the city and separates Kalimpong from Sikkim. The perfect elevation makes it stand apart for its stunning views of Mount Kanchenjunga, the world’s third tallest peak.

When to visit?
Kalimpong can be visited almost throughout the year. The weather is always pleasant and the clear sky provides stunning views of the Himalayan range in the horizon. Kalimpong is one of those rare hill stations that have five distinct seasons:

Best time to visit (March to June) – March and April is the Spring season when the flora is in full bloom and Kalimpong experiences almost no rain and sparklingly clear skies. May and June are the summer months when tourism is at its peak. It is advisable to book hotels well in advance if visited during these months. The minimum temperature ranges between 11 to 16 degrees and the days are quite warm. Very light woolens might be required during the night sometimes.

Good time to visit (October to February) – The Autumn months of October and November make Kalimpong a mesmerizing sight. Being just after the heavy monsoon shower, every bit of flora is still shining from the rain. During this time and the Winter months of December to February, Kalimpong is engulfed in a blanket of fog giving it a mystic appearance. The temperature goes down from 11 degrees to sub-zero and heavy woolens will be required.

Visit with caution (July to September) – Kalimpong experiences very heavy rainfall during the Monsoon months of July to September. The roads are slippery and difficult to commute. Due to the loose soil of Kalimpong, the risk of landslides is very high. Tourism is generally at its lowest during this time.

How to reach?
Kalimpong is endowed with a charming scenic beauty prevalent in all hill stations. The stunning backdrop of the Himalayan Range and the narrow mountain road weaving through beautiful valleys make the journey to Kalimpong by road, the most preferable mode of commute.

By Road – Kalimpong is connected by road with several cities and is easier to reach by car or bus. In fact, the only option to reach the city is by road. Cabs and buses are available on hire at all times both from New Jalpaiguri railway station and Bagdogra Airport. The times taken from different places are:

By Rail – The nearest wide-gauge Railway Station is the New Jalpaiguri railway station that has a huge number of trains coming in from almost all major cities of India and mostly from Kolkata and Delhi. From New Jalpaiguri, the rest of the way to Kalimpong is by road.

By Air – Bagdogra Airport is a fully serviceable airport nearest to Kalimpong. The airport is serviced by flights from all over the country and even has some international flights landing there. Cabs and buses are available from the airport to reach Kalimpong.
The beautiful panorama on which Kalimpong lies is accentuated by footmarks left long ago by the people from the British Era.

There are several places to visit in Kalimpong that will unravel its history in front of your eyes:

Must Visit Places in Kalimpong 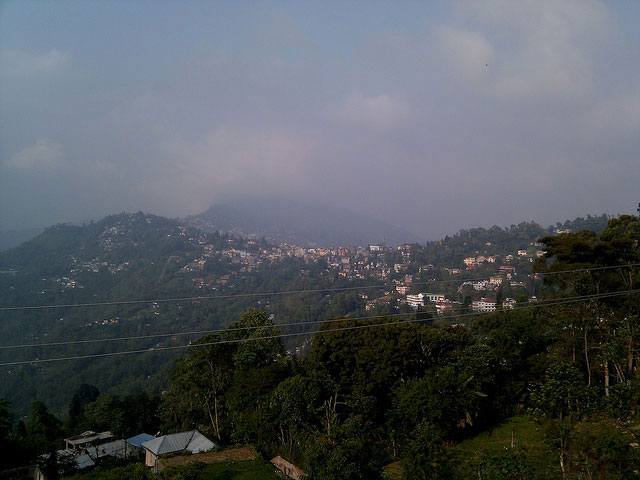 Kalimpong is famous for its flourishing flora and colorful blooms that are present in abundance almost throughout the year. The hill station is home to several nurseries, the most popular being the Pineview Cactus Nursery that holds more than a 100 species of the thorny plant. A tour around the nursery can take almost a couple of hours and the guides are exceptionally good at explaining the origin of each of the species. The nursery is said to hold the biggest collection of cactus plant in Asia. Their collection ranges from the most common species that cost around INR 20 to the rarest of the species, the price of which can go up to lakhs of rupees. 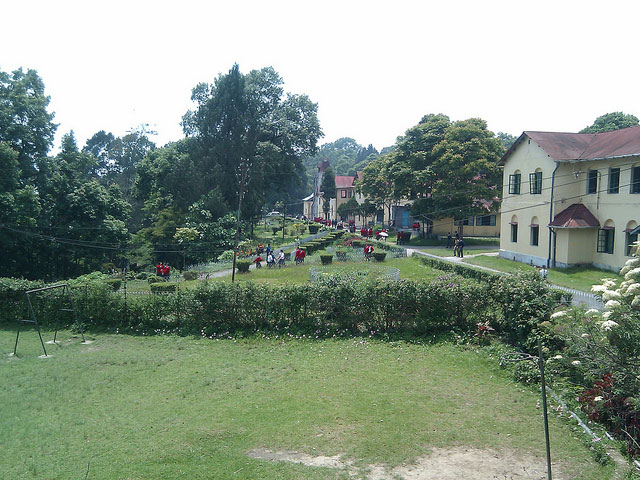 Tucked in the midst of dense greenery is the majestic campus of Dr. Graham’s Homes, a famous boarding school in Kalimpong. Despite being a school with student strength of approximately 1500 pupil, the place is thronged by many tourists who visit just to take a tour of the awe-inspiring Scottish styled buildings. The school is graced by an age old white stone Chapel and beautifully manicured gardens. The school overlooks the Rangeet River on one side and has excellent bird’s-eye view of the surrounding panorama. The lush greenery that surrounds the school gives it a silent and soothing ambience. Tourists can take a tour of the school and talk to the students who are extremely charming and friendly. The school houses everything from its own bakery to every outdoor and extra-curricular activity like basketball, football and swimming.

Located around 20kms outside Kalimpong, Pedong is a quaint little village that has several interesting things to offer. Buddhism being the most dominant religion in Kalimpong, the hill station has its fair share of Buddhist Monasteries. Most notable of them is the Sangchen Dorjee Monastery in Pedong, known to be the oldest monastery in this area. A tour around the monastery will take you back to 1700 AD when Kalimpong was being ruled by the Bhutanese. There are several beautiful fresco paintings on display apart from the brilliant architecture.

Tip: A form of Buddhist mask dance known as Chhyam Dance performance is held at the monastery premises every year during April and May. Hotels and site-seeing agencies can confirm the dates when you can experience the performance live if you are visiting at this time.

Should Visit Places in Kalimpong 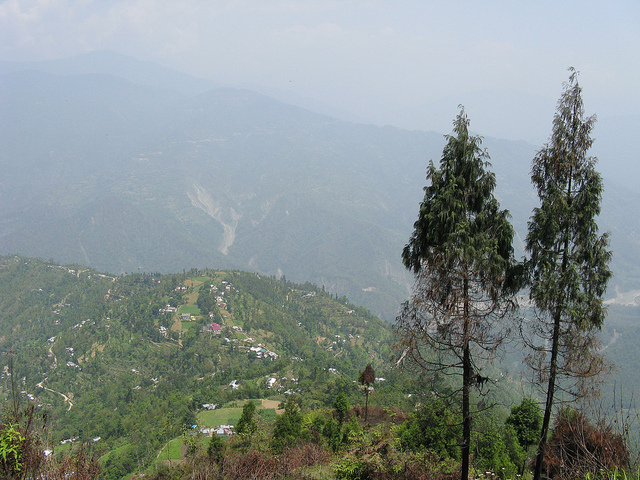 For the most stunning photographs of Mount Kanchenjungha, Durpin Dara is the place to visit. Located on one of the hills that grace Kalimpong, Durpin Dara is the highest point in Kalimpong. The view from the hill-top observatory is breath-taking as you catch a bird’s-eye view of Kalimpong lying far below covered in cloud. The Himalayan range is clearly visible from this point and makes for some beautiful photography, especially during sunset. The rolling hills going far into the horizon until the eye meets the snow-peaks and the white-heads of the gurgling Teesta River flowing far below leaves an everlasting footprint in one’s mind.

The Zang Dhok Palri Monastery situated at the hill-top is very popular with tourists while they are at the Durpin Dara.

Apart from serving as one of the popular accommodations in Kalimpong, the Morgan House tourist lodge has more to it than just lodging. The British colonial styled building dates far back in history. The high ceilings, intricately ornamented interiors, long corridors and ornate pillars give it a feeling of grandeur. Adding to the thrill is the fact that the Morgan House is rumored to be haunted. Many stories of supernatural sightings have been reported time and again, despite the fact that there are many people lodging in it at all times. The exterior of the building is equally interesting with a slanted roof scattered with several chimneys. The front open lawn has a panoramic view of the valley and the entire Himalayan range is visible along with Mount Kanchenjungha. Even if you are not staying at the lodge, a visit and tour of the Morgan House is a good experience.

Can Visit Places in Kalimpong 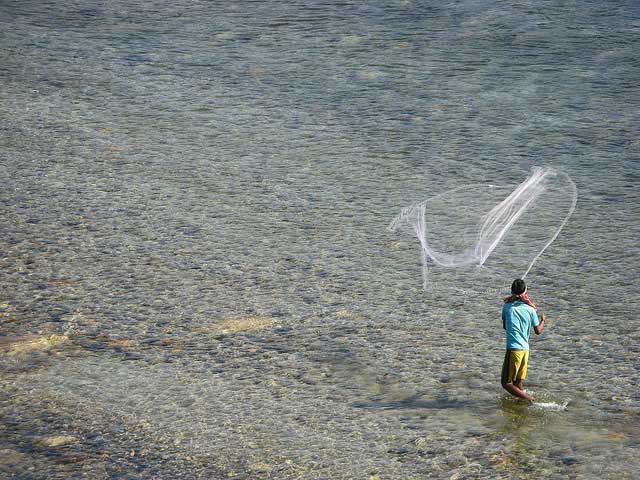 Photo by Suvodeb Banerjee, CC BY 2.0

Located at the Bhutanese Border, Jaldhaka is a very popular site-seeing destination for tourists who visit Kalimpong. The Jaldhaka River flows gracefully acting as a natural divide between India and Bhutan. The entire area is heavily guarded by the army and several check-posts need to be crossed to get there. The main attraction of Jaldhaka is the dam, a hydel power project run by Bhutan. It is from Jaldhaka that trekking tours start for the nearby Neora Valley National Park. Apart from spending some pleasant time at the banks of the river, there are also some small stalls to check out, selling handicraft and woolen products made by the nearby villagers.

The small villages of Lava and Lolegaon, 34kms away from Kalimpong, have the appearance of a picture out of a fairy-tale book. Enveloped in a white blanket of mist and clouds, these tiny villages are at an altitude of 7200 feet above sea level. The forested area is covered in a canopy of pine and fir trees allowing sunrays to filter through their leaves giving the area a thrilling and mystic feel. The weather is quite chilly in this area and moderate woolen clothes will be necessary. There are several attractions in Lava and Lolegaon like the beautiful Chhangey Falls, the Neora Lake and the Ratnarishi Gumpha. Lava and Lolegaon are a day’s outing from Kalimpong and proves to be an overwhelmingly enticing experience.

Kalimpong is all about color and beautiful sights. Adding to the enchanting natural beauty is the warmth and charming hospitality of the Nepalese people who will always take a step forward to help you with directions. The magnificent hill station with all its glories is sure to make for a vacation that will be forever remembered!