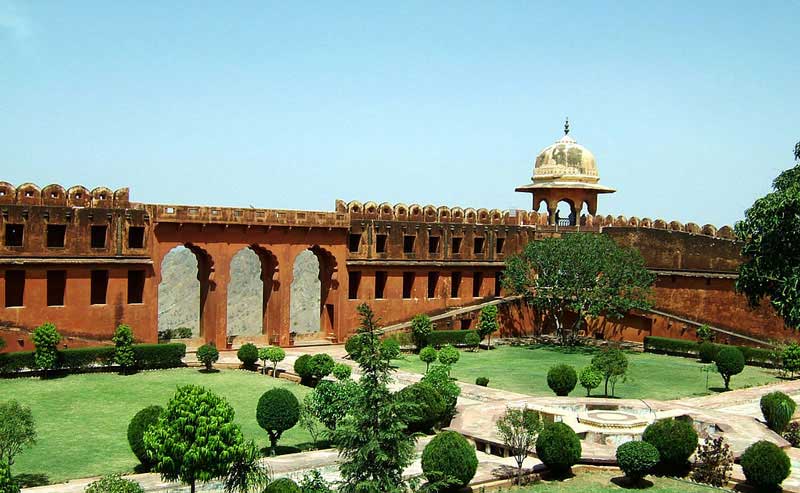 Situated on a hillock known by the locals as ‘Cheel ka Teela’ (Hill of Eagles), Jaigarh was the defense fortress and cannon foundry of the Maharajas of Jaipur and the Mughals. The fort was constructed by Maharaja Sawai Jai Singh of Jaipur in 1726. The main attraction in this fort is the world’s largest cannon on wheels, named Jaivana, which was molded in the same cannon foundry. Jaivana was test-fired only once and never used in actual combat as the rulers of Jaipur had diplomatic relations with both Mughals and the British. One could also take their car straight to the point where the cannon is stationed, to avoid a long walk. Apart from the massive cannon, the fort also houses an armory, a museum, palatial chambers and a well maintained Persian styled garden known as the ‘Charbagh Garden’. Two temples named the Kal Bhairav temple and Ram Harihar Temple are also located within the fortress walls and are visited by thousands of devotees each year. The fortress walls also double as fortifications and canals, which were used for harvesting the rainwater in the older days. The Diwa Burj, a 7 stories tall watchtower is also a popular attraction and provides some enchanting views of the surrounding valleys and the city of Jaipur.