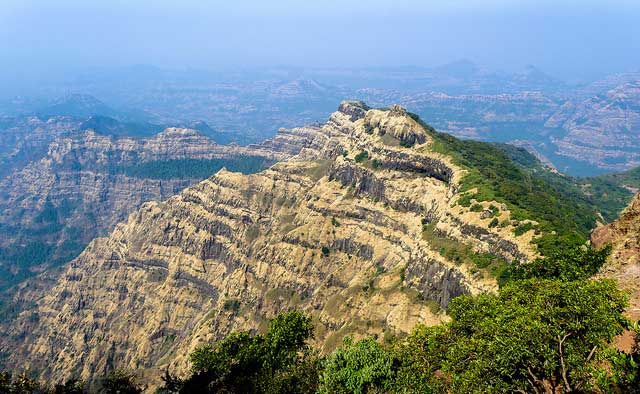 The bustling city of Pune in Maharashtra has become one of the most populated and happening cities of India in recent times. The lively and colorful city is known as the Cultural Capital of Maharashtra because of the immense diversity of its inhabitants.

The city houses some of the most famous colleges and offices and hence has people from all over India comprising majorly of a huge number of youngsters living there. There is no dearth of activities that Pune has to offer.
Some of the things that tourists can indulge in are:

Pune is very popular for its day-outs and weekend getaways that make for memorable long-drives with dear ones. There are several places in the outskirts of Pune that are very popular for tourists and locals alike. Some of the places to visit for a day’s outing and site-seeing are: 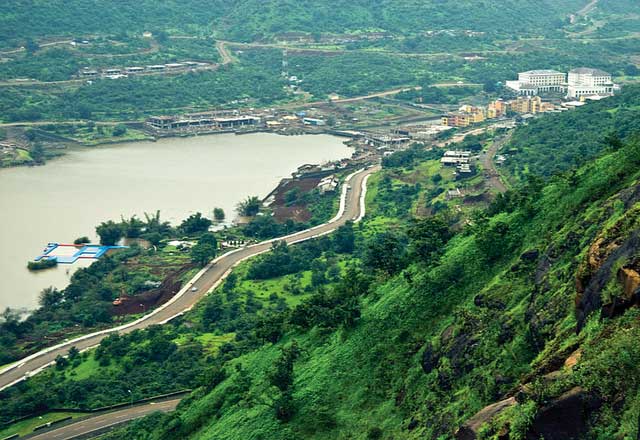 Lavasa is an enchanting little planned city tucked away in a valley surrounded by mountains. The focal point of the city is the Lavasa Lake around which the city is built. The 2hr (67kms) drive from Pune to Lavasa is a mesmerizing one that takes you through spiraling mountain roads that are almost always enveloped in a blanket of cloud and mist and in the monsoon season one can catch occasional glimpses of small waterfalls. The city has its own hospital, a school and college and a convention centre. The lake-side lined with intricately curved iron benches make for a lovely evening spent with loved ones. Lavasa often makes for a day-out for the residents of Pune as well as tourists. 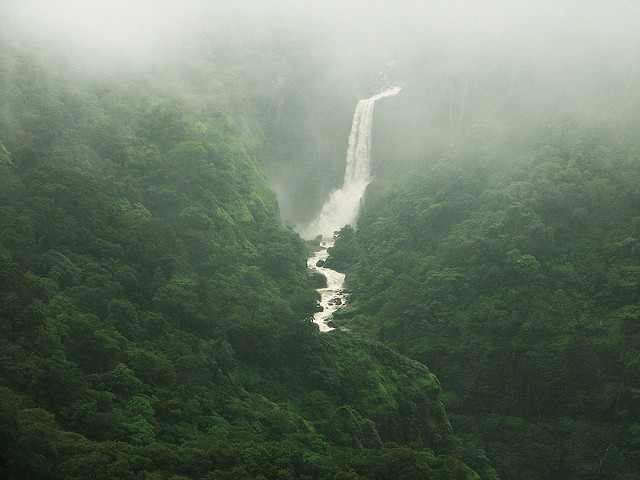 Long drives to picturesque Lonavala and Khandala are a very popular route taken by people visiting Pune. At a distance of around 69kms, Lonavala is an approximately 2hr drive from Pune. The road is beautiful and as you near Khandala, the countryside is accentuated by quaint little English-styled summer houses. Parts of the road overlook emerald rolling hills that make for beautiful photography. The Sunset Point in Lonavala is a popular attraction for tourists and provides stunning views of sunset (mostly between 5-6pm IST). Caution: Take note of the hyper-active monkeys that throng the place and are adept at snatching!

Your love for strawberries will increase manifold once you visit Mahabaleshwar, 120kms away from Pune. The mystic cloud-covered hill station is a 3hr drive from Pune and makes for a lovely day-out. There are several tourist attractions like Elephant Point, Monkey Point and Krishnabai Temple. However, what make for a lifetime’s experience are the strawberry farms in Mahabaleshwar. Halting at one of the farms, you can take a tour and learn about how strawberries are harvested. You can also try your hands at strawberry picking, sorting & tasting. The famous Strawberry Festival is held here in the month of April. For an everlasting strawberry experience, the Mapro Garden and Factory visits are a must! 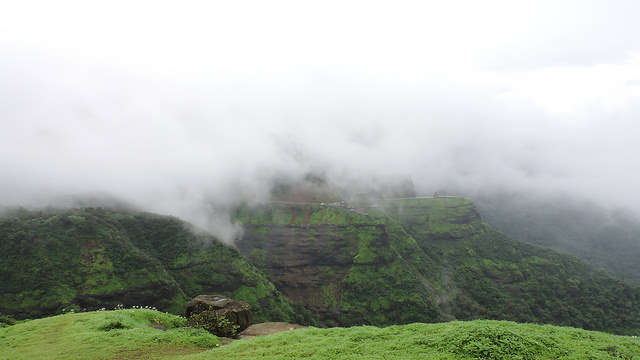 Located at 130kms from Pune at the Western Ghats, Malshej Ghat is a 3.5hrs drive from Pune. The place is a true picture of natural beauty, complete with lush greenery and a stunning waterfall. Being a serene place and due to its dense vegetation, Malshej Ghat is a haven for bird-watching. Do remember to take a powerful pair of binoculars and a camera to capture the colorful camaraderie of birds that flock here. The species range from pink flamingoes to thrushes, quails, cuckoos and purple moorhens. A picnic and a bath at the Malshej waterfall make for a beautiful day’s outing. 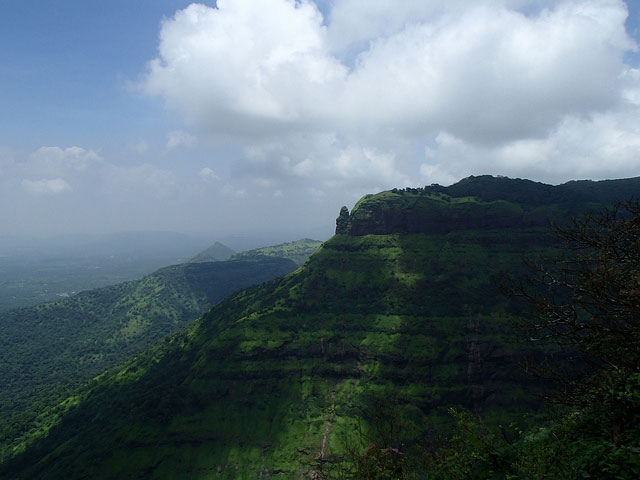 Matheran hill station in the Raigad district is about 120kms from Pune and about 2.5hrs drive. The drive to Matheran proves to be a very pleasant one, most parts of it being via the beautiful Pune-Mumbai Expressway. There are several cafes along the way to rest and freshen up. The clean, pollution-free and refreshing air of Matheran is one of its best features as the place boasts of being an eco-sensitive area. Matheran has quite a few viewing-points that provide amazing views of the surrounding hills and the horizon far out. A day-out or weekend visit to the place makes a soothing escape from the hustle and bustle of city life.

Pune dates as far back in time as the 8th Century and holds several testimony of its string of changing Rulers starting from the Marathas to the British until the Indian Independence. There are several points of attractions within the city that are thronged by tourists and tell the story of the city. Most notable among these is the Shaniwarwada Fort that is rumored to be haunted and has an intriguing story to tell. The 19 acres of sprawling campus holding the Aga Khan Fort in Yerawada dates back to 1892 and has a range of interesting items on display. The majestic white building is an architectural beauty and a photographer’s delight. The nearby Bund Garden serves as a place of relaxation. The beautifully manicured garden with its colorful blooms also has a jogger’s track and children’s play area.

Apart from these, some other places to visit in Pune would be St. Mary’s Church, Mulshi Dam, Shinde Chhatri and Raja Dinkar Kelkar Museum. For those looking for some quite spiritual peace can visit the Parvati Temple in Parvati Hill, the Chaturshringi Temple in Senapati Bapat Road and Dagadusheth Halwai Ganapati temple in Budhvar Peth which is very popular with Hindu pilgrims. 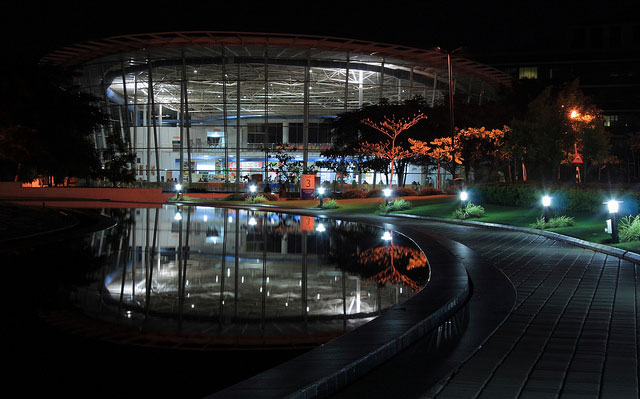 Due to its huge population of young group, Pune is blessed with a long chain of pubs, lounges and night-clubs to hang-out with friends. The hip and happening night-clubs of Pune are a popular talk of the town where the free-spirited party animals make merry till the wee hours of the morning. Most of the bars, pubs and lounges play popular party music from all over the world and host their own theme nights. Most of the popular night-clubs like Ouzos, KueBar, Hard Rock Café and Penthouze are in the Koregaon area.

For those looking for a quite dine-out with family, Pune also has its fair share of cafes and restaurants that offer a wide range of scrumptious dishes. 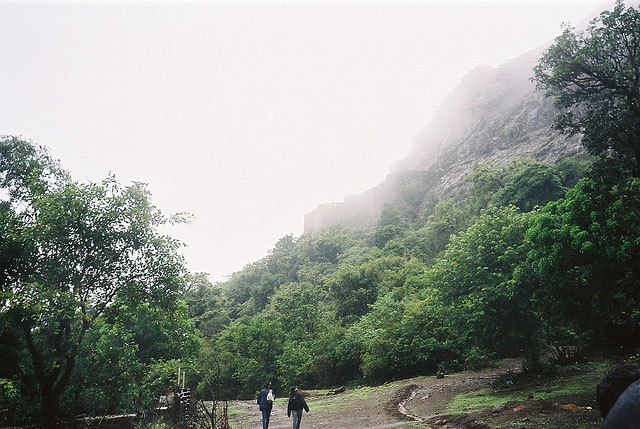 There are several Trekking and Biking trails leading from Pune to beautiful scenic locations. Pune is famous for occasionally organizing Trekking and Biking expeditions to the mountainous outskirts of the city. The Pune Bike Trek to Mulshi and Lonavala is held in August for a fee of INR 200. The Rajmachi Off-road Biking Tour held in June is another famous biking tour in Pune that takes you through quaint little villages, narrow trails covered in fog and lush greenery of true natural beauty. This tour is also accentuated with a night’s camping with campfire and barbeque. There are several explorers’ clubs in Pune that arrange trekking and hiking groups and helps with directions, meet-ups and equipments. Treks from Pune to Malshej Ghat and Mulshi make for an everlasting experience with waterfalls, exotic bird-spotting and panoramic views.

Complete with several adventure parks, Pune knows how to entertain its tourists with the fun and frolic it has to offer. There are a large number of adventure sports to indulge in while you are in the city. The pools to chill out and just relax and the roller coaster rides serve as an exhilarating day out in Pune. Some of the popular water parks in the city are:

There is also a host of adventure sports like Paragliding, River rafting, rock climbing and camping that you can enjoy in Pune. There are several agencies in Pune that provide the necessary equipments and guidance for these. The pleasantly dry weather and rolling hills and the rippled surface of the Pune outskirts provide a haven for these sports that can be enjoyed throughout the year. Most of these adventure sports can be found in the Hadapsar and Panchagani areas.

Pune is a city of many wonders and the young population has ensured that there are ample amount of things to do while you are in the city. A visit to the city is sure to be an adventurous and thoroughly enjoyable experience!